I had to go to the US again. Pretty intense working week – Monday through Friday. Last time the idea of adding two weekends of climbing turned out brilliant. Hence I wrote to my friend Jan, to ask what he is up to and we decided to climb in Colorado this time – so he didn’t need to fly.

The original idea was to climb the Diamond on the first weekend, after I flew in to Denver. That didn’t work out due to the bad weather forecast. Taking as much as we can out of the time we’ve stayed close to Boulder. On Saturday we went to Eldorado Canyon. It’s a place with sandstone (metamorphic though – kinda hard sandstone) mostly trad climbs. On a second climb we got totally soaked as the storm came quite quickly, around 4min from first drops to being completely wet. By the time we managed to make a decision to rappel and actually rappelling, the rain stopped and the wall dried fast… so we decided to do another 3 pitches of a climb near by. Fortunately the pitches were easy and we were fast, as by the time we started rappelling it was raining again :-), and we got soaked again. Good day finished with beer and gossips. 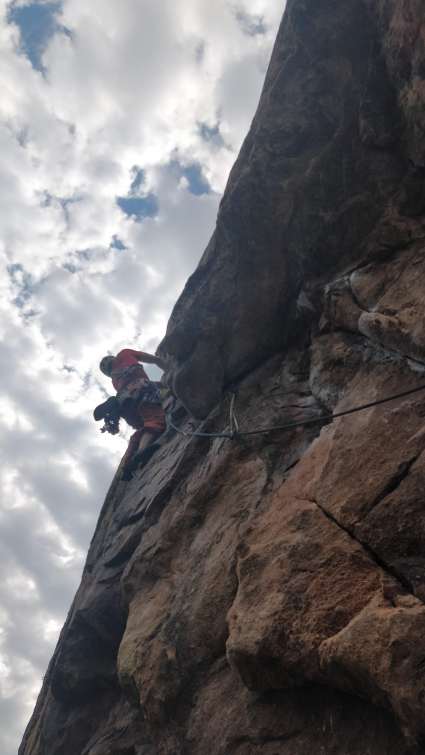 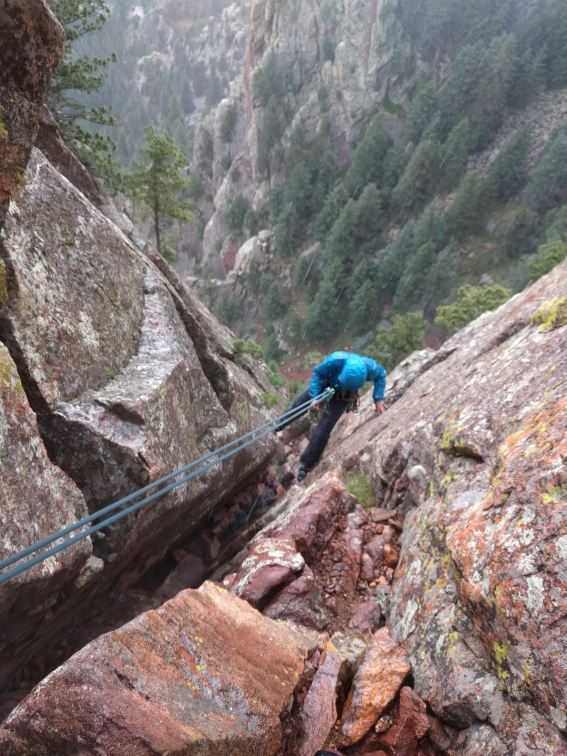 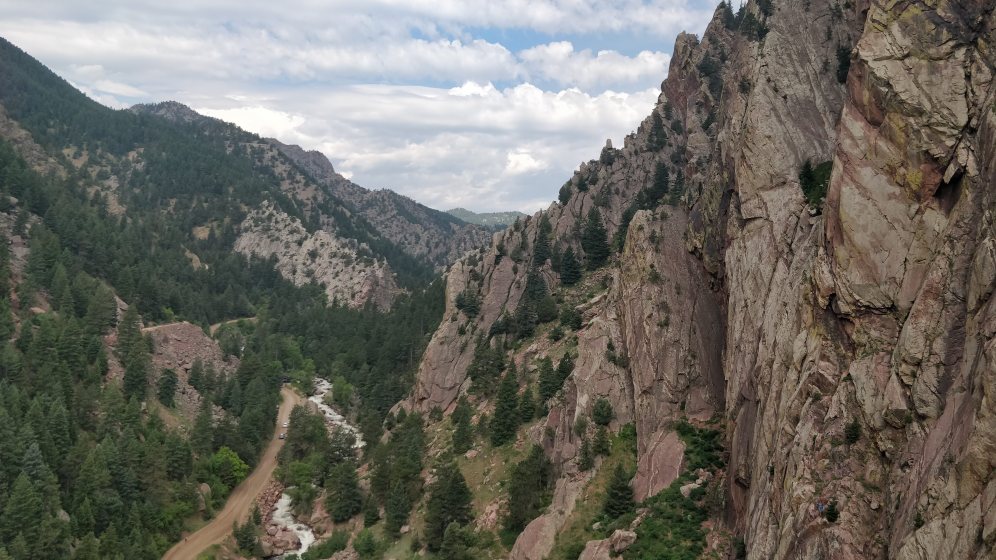 On Sunday the forecast was even worse, it was supposed to start raining at 11am. We woke up early (which was no problem for me) and drove to Boulder Canyon, which has both sport and trad climbing and is less then 20min drive from where Jan lives. We managed to climb a bit, in particular I sent 5.12a in 3rd go and 5.11b/c OS ;-). It started to rain at 10.30, but by that time skin on my fingers was mostly destroyed anyways. With a short day I took zero pictures… well.

I have to say Boulder is a really nicely located place ! The city itself is… well an American city, but location is terrific.